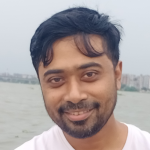 The former president is responding to the calls of the dear ones and moving his eyelids, Quader said at a press briefing this afternoon.

Ershad has not been put on life support. He is on oxygen support due to breathing difficulties, Quader said.

Ershad, now 89, was given oxygen support as his health condition deteriorated on Sunday.

On June 27, Ershad was admitted to Combined Military Hospital (CMH) in Dhaka. He was being treated there for several infections.

Over the last nine months, the former military ruler has been suffering from various health-related issues.